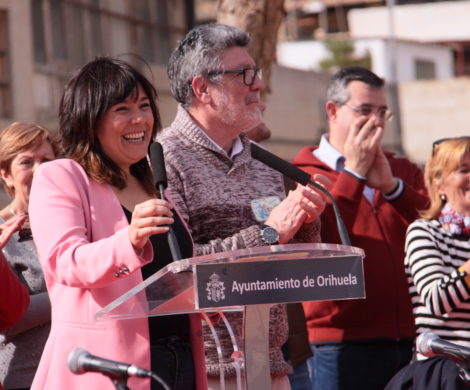 Culture has detailed this morning the programming of the Murals of San Isidro 2019, one of the events scheduled each year to remember Miguel Hernández, and that in 2019 will celebrate its VII edition on 5, 6 and 7 April.

On April 5, at 3:30 p.m., the inauguration will be carried out by the students of the Jesús María de San Isidro School. The day will be completed with a zumba masterclass, the reception to the artists and the beginning of the painted murals, a parade and a recital. The day will close with the performance of “Canijo de Jérez” at 9:30 p.m.

On April 6, from 9:00 am to 6:00 pm, graffiti will continue. In addition, the Orihuela Deportiva has organized the charity champion ‘III Futsal Tournament “Murals of San Isidro”‘, which will be played from 9:00 in the morning, although the final will be on Sunday 6. There will be a recital, a parade, a round of the tuna, a children’s workshop and children’s storytellers. In addition, there will be two theatrical tours (“Following the steps of Miguel” and “The colors of Miguel”) and several concerts of The Rude Track (DJ Set), Dacapo Big Band, Gremio DC, Bervera and GNC 91.

Finally, on Sunday, April 7, the painting will be finished from 9:00 am to 2:00 pm. There will be a recital, a parade and various children’s activities, and you can enjoy the XXIII Edition of Mercadearte and the Final of the Indoor Football Tournament. In addition, there will be two theatrical tours (“Following the steps of Miguel” and “Agrasot visit the murals” as a great novelty), and two concerts of The Rude Track (DJ Set) and La Cochera.

During the weekend, Orihuela will have free tourist train service, with stops at the Gabriel Miró Glorieta, the Tourism Office and the San Isidro Murals. In addition, on Saturday and Sunday, a free bus will be made available to residents of Orihuela Costa, who will make round trips to downtown Orihuela. Those interested can sign up at the Alameda del Mar Civic Center.

All the detailed information, as well as the complete program, can be found at http://cultura.orihuela.es/ and at http://www.muralesmiguelhernandezorihuela.com/