In the spring of 1976, in the midst of the Spanish transition process, a large group of men and women from Orihuela and other villages from Alicante and other parts of Spain decided to pay tribute to Orihuela’s poet to celebrate the 34th anniversary of his death, and so the “Villages of Spain’s Homage to Miguel Hernández” was created.

The streets of San Isidro, a humble district in Orihuela, became during that spring an intense cultural melting pot thanks to the painting of murals. Writers and artists from all over Spain gathered to celebrate Miguel Hernández, together with relevant painters such as Arcadio Blasco, Candela Vicedo, Sixto Marco, Antonio Ballester, Alfonso Albacete, Jose Luis Cacho, Elisa Seiquer, Arrendo, Parraga, Garza, Castejón, Díaz Padilla, Segundo García and DíazAzorín, among others. In addition, numerous groups from Valencia and Alicante were present.

Special correspondents were present from several media such as Triunfo, El País, Cuadernos para el Diálogo y Cambio 16, with cameras from the Spanish RTVE and the Netherlands and Germany’s TV stations. The special correspondent from the Posible magazine described the event in San Isidro:

“For all of us who arrived in Orihuela on that Saturday afternoon, the reality exceeded the imagination of what was happening there. We had the sensation of entering a world apart. The hillside was a hive of people from all over Spain, determined to carry out a common task, and the popular echo of that task was clearly seen to be with the unconditional cooperation of the neighbours… Vientos del pueblo one very one’slips and shouts of “el pueblo unido”. A young Orihuela woman recited the verses of El niño yuntero and Elegía a Ramón Sijé. An emotional and unannounced tribute to Miguel in his homeland was given in an improvised meeting place chosen all of a sudden due to a determined crowd. There was no need to officialise the event: it was a spontaneous, popular act.” 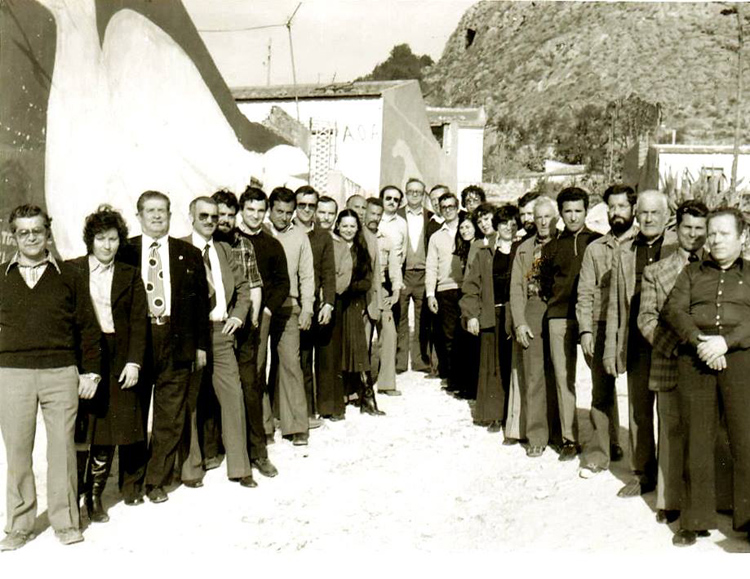 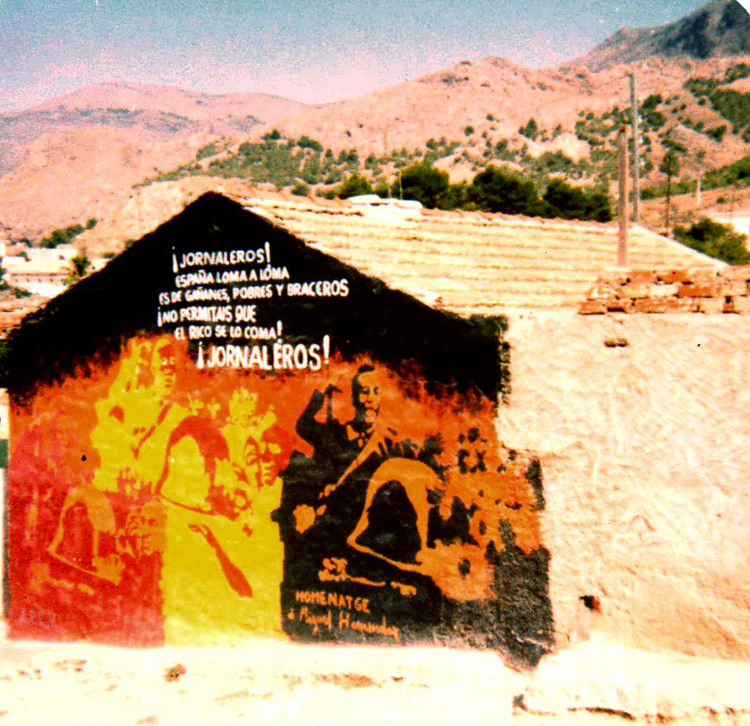 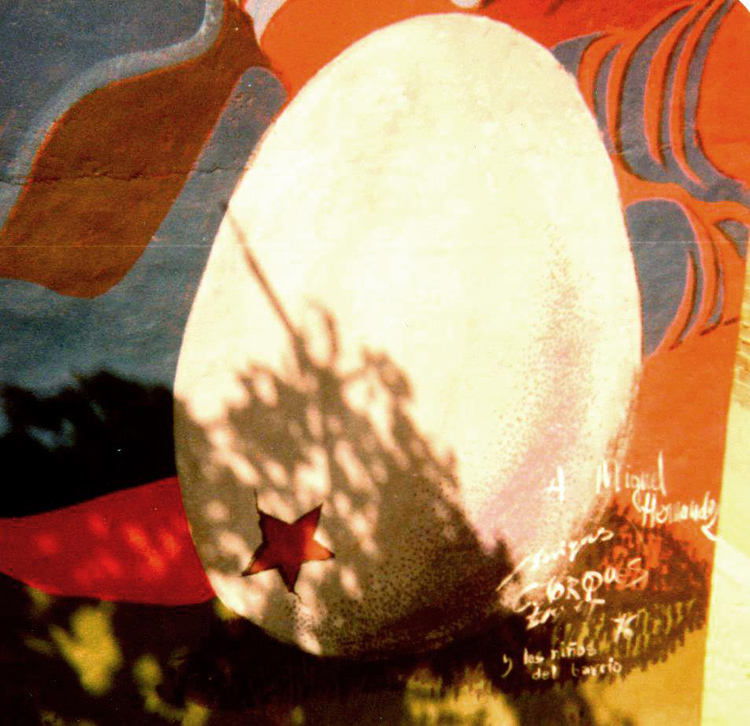 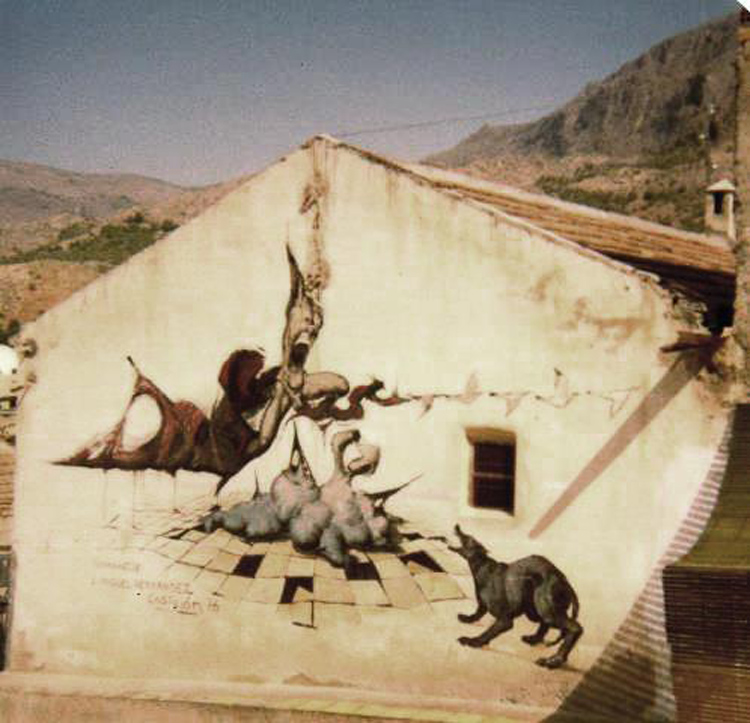 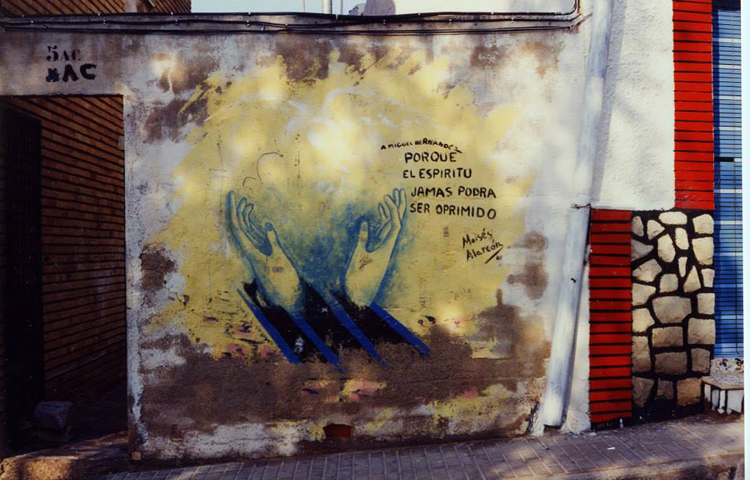 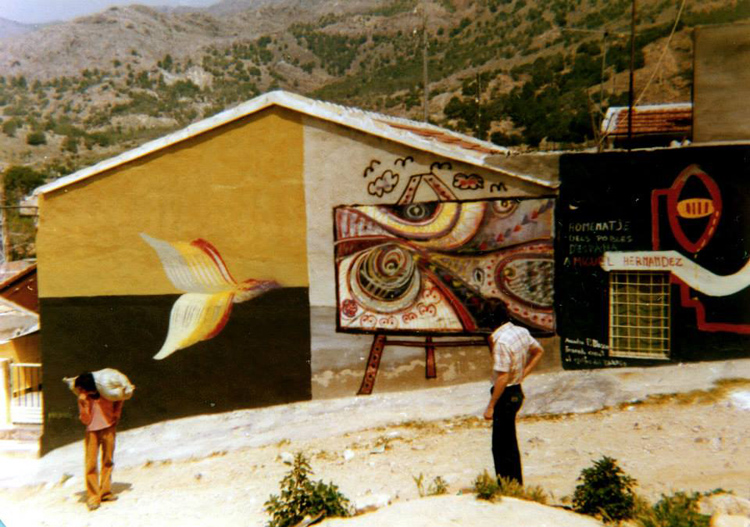 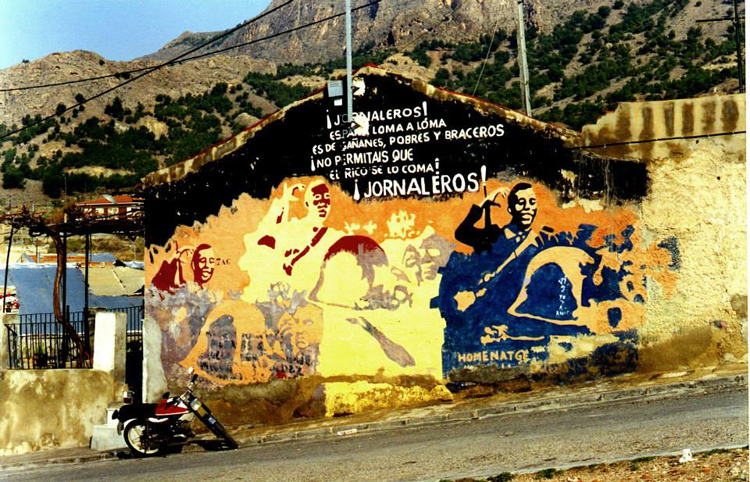 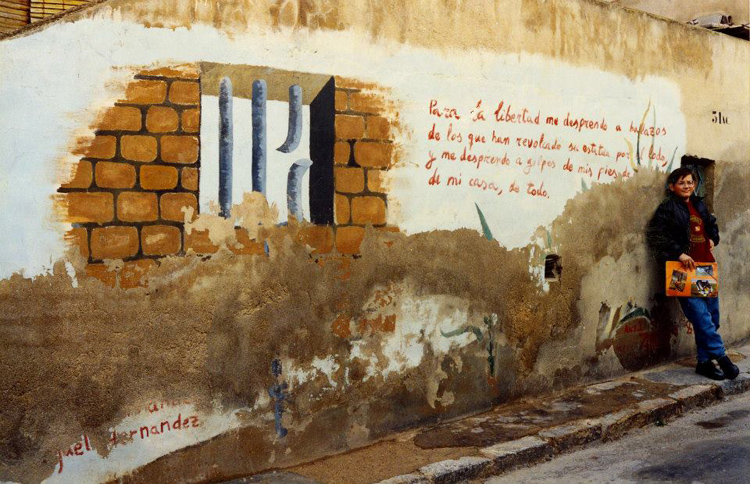 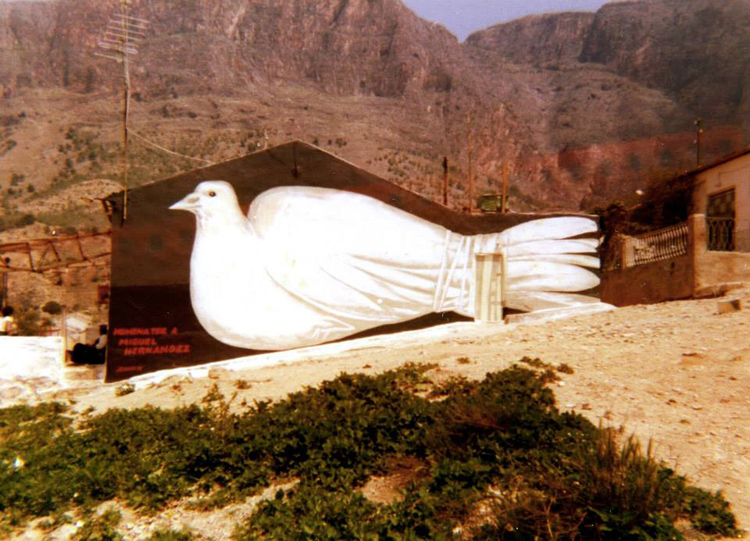 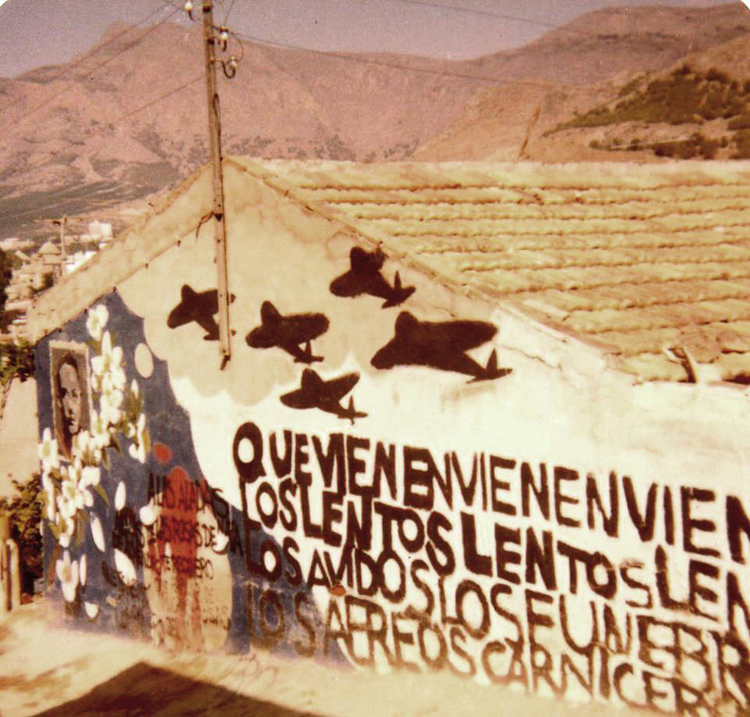