The San Isidro murals were opened to the public on March 31st by the teachers and students of the Jesus María de San Isidro school. Afterwards, the 2017 Collective Mural, a creation of Orihuela Arts and Design School (ESADO), was presented.

Over the weekend there were different activities organised, such as the collective exhibition Tres by Oriol Occupational Centre, poetry readings, music parades, children workshops, painting, music, theatre, poetry, exhibitions, the concerts of GNC91 and Cinco Sentidos, a performance by Teatro Expresión of La maleta de Miguel, storytelling, theatrical tours, a flamenco recital by Nicolás Pelegrín and Andrés Hernández, and a new edition of Mercadearte on the morning of April 2nd, with the participation of artists and artisans from Orihuela.

The novelty in 2017 with regard to San Isidro Murals was the concert of Kiko Veneno in the district (Plaza de la Ermita) and the special illumination of the murals on the night of April 1st. Saturday night with its special illumination was the Murals Night, where hundreds of people enjoyed musical shows along the way and the performance of actors and actresses representing Federico García Lorca, Maruja Mallo, Rafael Alberti, Pablo Neruda and Vicente Aleixandre. 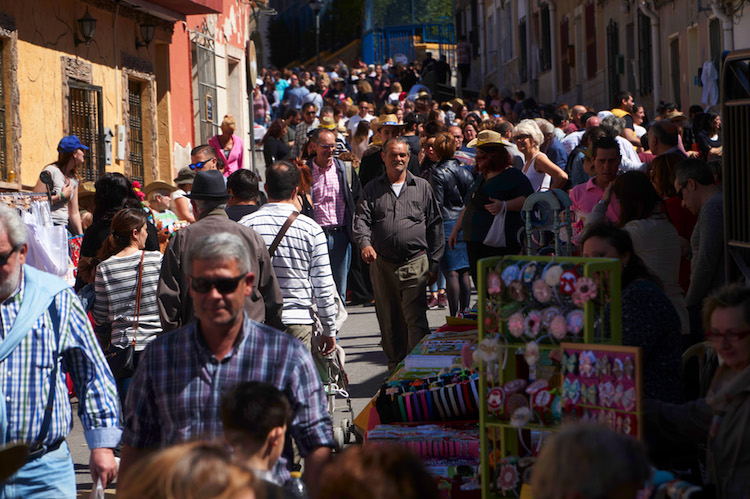