“The Murals of San Isidro de Orihuela are a magnificent occasion to remember our most universal poet, Miguel Hernández, and to give visibility to our neighborhood”, with these words the Murals of the Murals 2019 President inaugurated the Murals San Isidro, Ana Lizón, at the opening ceremony. 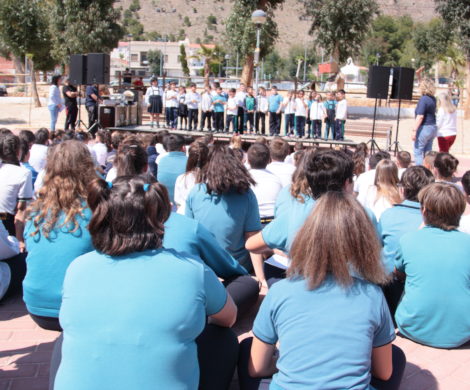 The event took place this afternoon in the Plaza de San Isidro with the assistance of the Councilor for Culture, Mar Ezcurra, whose department has promoted this cultural event of national projection, accompanied by a wide representation of councilors of the City of Orihuela.
Lizón thanked the Department of Culture for the important work it has done to promote the neighborhood and the continuity that has given to the murals throughout the term.

The director of the Jesus Maria School, Eva Moya, also spoke about the importance of Miguel Hernández in the activities of the school, whose students “have prepared with great enthusiasm their participation in this opening ceremony, in which they to recite some poems of our beloved poet. We hope it is a Precious edition. ”

The opening ceremony ended with the visit of the singer from Oriola Esmeralda Grao, who also studied at Colegio Jesús María. The composer, musician and producer is especially known for having won the Benidorm Festival in 1994 with the song “Fuego Y Miel”, composed by Rosana Arbelo. Esmeralda have interpreted some themes related to the city of Orihuela and the poet Miguel Hernández. 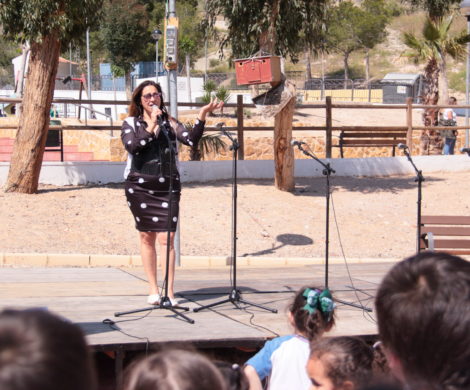