The Murals of San Isidro keep alive the life and work of Miguel Hernández “The Murals of San Isidro de Orihuela are a magnificent occasion to remember our most universal poet, Miguel Hernández, and to give visibility to our neighborhood”, with these words The chairwoman of the San Isidro Mural Platform, Ana Lizón, inaugurated the Murals 2019 edition at the opening ceremony.
Some thirty murals are added today to the long collection that decorate the streets of the neighborhood of San Isidro de Orihuela, to remember the poet Miguel Hernández. Professional and amateur painters, individually or as a collective, have begun to shape their works on the facades of the houses, which will end tomorrow throughout the day.
Parades of bands of music, dramatized visits, sports competitions, poetic recitals, educational workshops, storytelling and concerts, have filled the neighborhood with life from early morning until late in the morning.
The performance of the Oriolan rock group El Gremio DC, in the Plaza de la Ermita. From May 3 to 5, 2019, the VIII edition of the San Isidro murals was held. On Friday, May 3, the opening ceremony began in the Plaza de San Isidro with the assistance of the Councilor for Culture, Mar Ezcurra, whose department has promoted this cultural event of national projection, accompanied by a broad representation of councilors of the City Council. Orihuela.Lizón thanked the Department of Culture for the important work it has done to promote the neighborhood and the continuity they have given to the murals throughout the legislature. The director of the Jesus Maria School, Eva Moya, has also taken the floor. who has highlighted the importance of Miguel Hernández in the activities of the school, whose students “have prepared with great enthusiasm their participation in this act of opening, in which they will recite some poems of our beloved poet. We hope it is a Precious edition. ”
The opening ceremony ended with the visit of the singer from Oriola Esmeralda Grao, who also studied at Colegio Jesús María. The composer, musician and producer is especially known for having won the Benidorm Festival in 1994 with the song “Fuego Y Miel”, composed by Rosana Arbelo. Esmeralda have interpreted some themes related to the city of Orihuela and the poet Miguel Hernández.
The neighborhood of San Isidro hosted thirty new facades carried out by a large group of painters and collectives in tribute to Miguel Hernández.
During the weekend different activities took place, poetry recitals, musical parades, children’s workshops, painting, music, theater, exhibitions and children’s workshops, although music was the main protagonist.
The Gremio DC offered a great concert on Saturday afternoon and presented their latest creation “El Rayo que no Cesa”, song with which they pay homage to Miguel Hernández.

Also on Saturday we had the performance of the Bervera group in Guernica and the night ended with the concert of Canijo de Jerez.
On Sunday 18th, the closing ceremony took place with the 24th edition of Mercadearte, which featured numerous stalls that filled the central street of the neighborhood with a great artistic atmosphere. The colophon was carried out by La Cochera, an Oriolan group that filled the San Isidro neighborhood with energy. 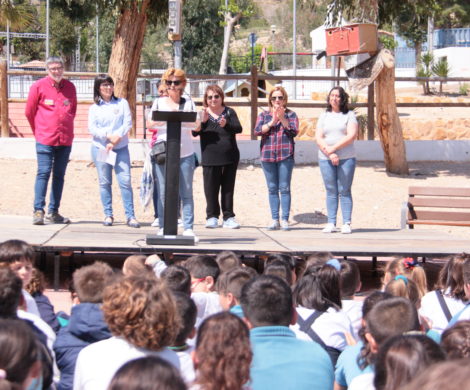 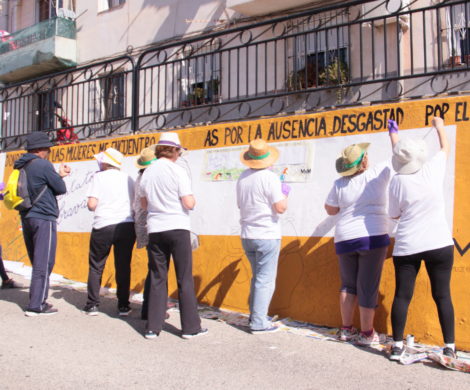 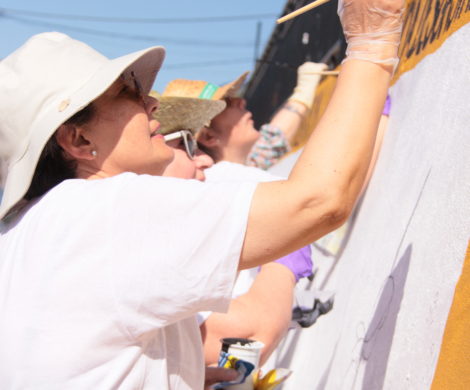 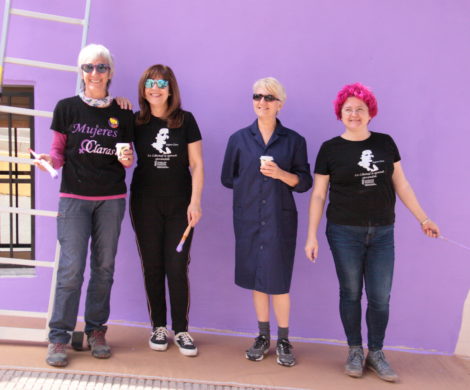 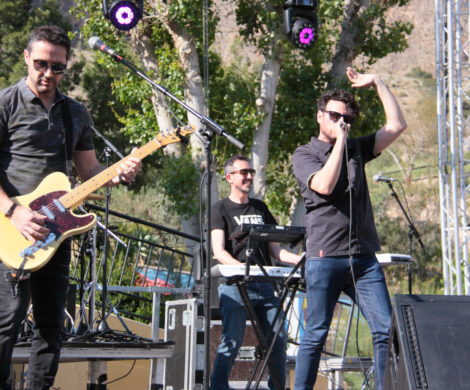 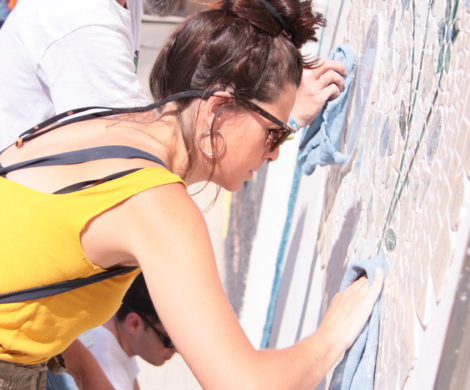 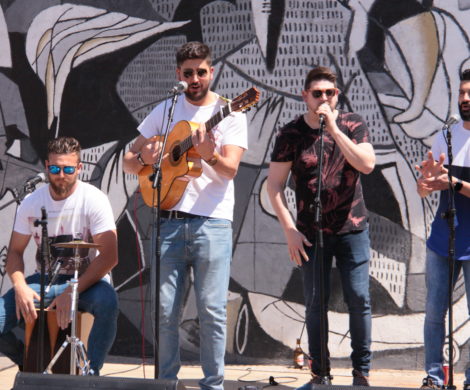